Hamish McMaster, Owner & Founder Of Water By Nature explains why exploring Papua New Guinea on his yearly pilgrimage, has become his favorite destination.

I can’t begin to tell you how nervous I was leading a group of guests from the United States, Canada, Australia and the UK to Papua New Guinea in October 2017. Almost all who had been were not particularly complimentary about the place, citing high crime, cannibals and news stories they had heard regarding lawlessness. Having researched various government agencies and having received a great deal of positive encouragement from the Papua New Guinea Tourist Board, we were excited to see this country filled with extraordinary cultures for ourselves. Rafts were on the way, gear was secured and we were off.

Prepare yourself for some of the best rafting in the world.

Meeting in Cairns, Australia and rafting for a day on the Tully River, we caught our early morning flight to Port Moresby (the capital city) and onto Lae where we set up home base. Arriving at Nadzab airport outside of Lae, some of the vehicles with mesh over the windows did not dull my sense of excitement. We drove past the old airport on the way to our hotel, where Amelia Earhart took off from on her fateful journey. Was this a sign?

Stunning scenery at every turn

Darryn had been in country for a few days sorting some last-minute logistics before we arrived, so with gear loaded in our bus, we were off to the Highlands to embark on our exploratory adventure. We were immediately struck by the friendliness of the local people. Over the years, there has been a great deal of exploitation of Papua New Guinea by foreign mining companies, hence why there is a degree of scepticism of foreigners. However once they know you are there as tourists, the pride comes out sharing their villages, gorgeous waterfalls and riding the occasional rapid with us on their tyre inner tubes.

The local kids LOVE tubing through the rapids (the smaller ones)

This incredible reception was just the start. The river carves through spectacular jungle alive with a huge array of fascinating birdlife and the most diverse range of butterflies anywhere in the world.

Given the fact that the Watut River is the lifeblood of the region, many villages are in close proximity to it. When we reached our campsites, intrigued villagers came down to chat with us in the local Pidgin language, whilst the kids jump on the rafts, massive smiles on their faces. 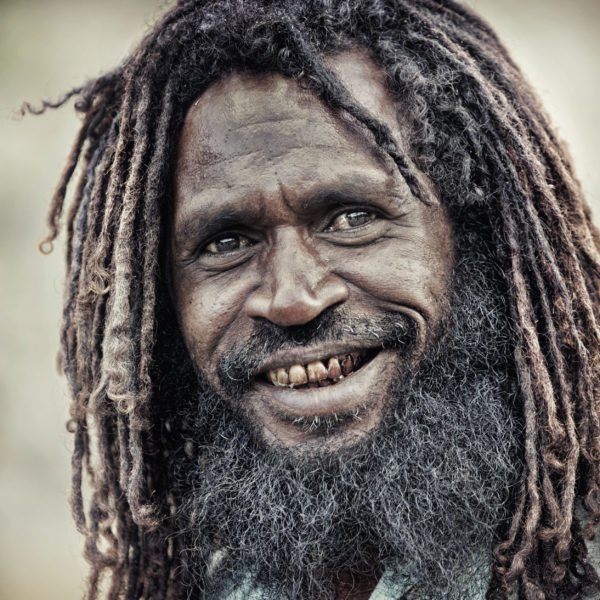 Incredible characters in this region

As our river trip draws to a close, we board the local ‘long boats’ (which are literally trees carved out and a large engine on the back) to transfer us along the flat water of the Watut and Markham rivers. We deflate the rafts and load all of our gear into these boats for the 2 hour journey to our transport back to Lae.

All of these amazing experiences, and there was still more to the trip!

The perfect island with world class snorkelling nearby

The second part of our adventure took us to New Ireland province for some R&R at Nusa Resort close to Kavieng. Walking to the historic gun placements from World War II (this area was attacked by the Japanese) or taking the opportunity to go surfing, supping and just relax in the hammock at the lodge — it was a good time. Our trip concluded with some fabulous sea kayaking in the warm azure colored ocean and exploring the magnificent snorkelling in the area.

Possibly the greatest draw for us to come to this wonderful country is the fact that, in 2 years, we have seen only a handful of tourists travel here. With the world becoming more and more explored and travel to unique destinations such as Papua New Guinea more rare, this is your chance to come and experience a true adventure.

Trips run in September and October. Check them out!