The name of this man just makes you smile, let alone meeting him. Lovemore Kalinda was born in 1976, the eldest of 5 children. In 1994, he finished his secondary education in Victoria Falls and for the following three years earned his living carrying rafts into and out of the Zambezi River. During that time, he earned himself a wonderful reputation as a friendly personable young man and was encouraged to learn to kayak. Lovemore tells us, the first few times, he was SO scared, but he stuck at it and found his true passion, the river. In 1998, he trained to be a commercial raft guide and 2 years later, he was taking guests down the Zambezi. In 2006, Lovemore had his first chance to travel and went to the Rio Futaleufu to safety kayak for the season. This fueled his love of the outdoors even more and shortly afterwards, he traveled to Morocco and has been returning every year since 2011. 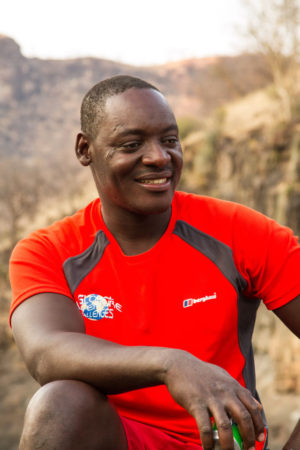 Lovemore is a real family man, dedicated to providing the best education for his three daughters, Heather, Candi and Iliana, supported by his wonderful wife, Pretty.

His eldest daughter Heather has shown a keen interest in kayaking, so unbeknown to Mum, Lovemore is fueling that passion! Heather has quite the passion for adventure and wanted to bungy jump recently and this is still being negotiated with ‘the boss’, but in the meantime, she zip lined across to Victoria Falls bridge. 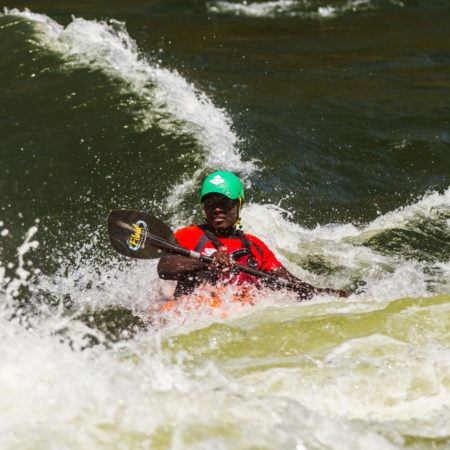 Lovemore doing what he loves best, kayaking The Zambezi

A Passion For Adventure
Lovemore has aspirations for his rafting to take him further around the world. Now one of our experienced trip leaders, we have plans to get him to Nepal in 2017 and to try and help him realise his dream of rafting the Grand Canyon in 2018. 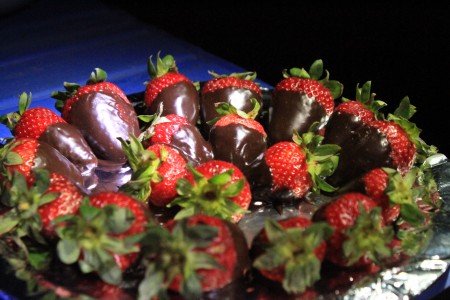 It is amazing what Lovemore can make on the side of the river.

Cooking King
Learning the ropes on the river, also meant Lovemore had to learn more in-depth outdoor cooking skills. After a few brief lessons from one of our head guides on how to bake a cake in a dutch oven (camp stove) he was left in charge of desserts. He embraced this with the same level of enthusiasm and hard work that we see in every aspect of his river work and he is now our resident expert at chocolate cakes, marble cakes and even chocolate brownies. Ladies, look out for Lovemore on your next river adventure. 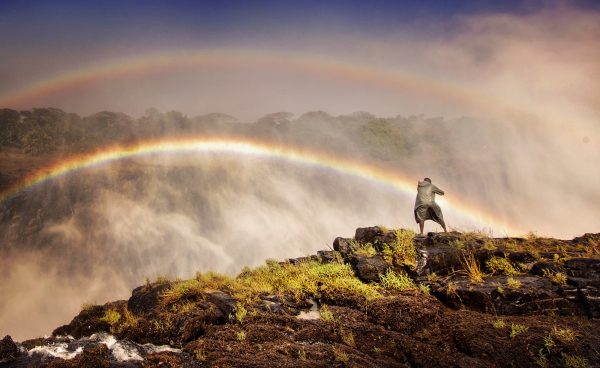 As you may have seen recently in the news, from Friday January 6th 2022, fully vaccinated travellers will no longer have to take a test before they travel back to the UK. This will make the whole process of travelling easier and more stress free. In addition, the UK Government announced that from Sunday 8th […] 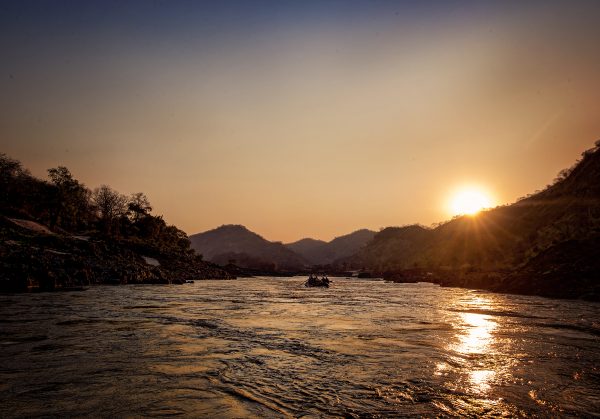 2021 possibly won’t rate as one of the greatest years of all time for those of us who love travel and indeed those travel companies who have continued to fight through the uncertainty and constantly changing regulations. However, we are stoked that we managed to pull off several trips this year and we are eternally […]

Woohoo! We Can Now Officially Get Excited About Travel Again From the UK

After many false starts, the Travel Industry is now breathing a collective sigh of relief that we can safely restart doing what we love. Whilst regulations do change, this Government announcement now gives the industry far greater confidence that this is the start that International Travel companies were looking for. Given that we don’t operate […]