Where do you call home?

Growing up, I spent a season in South Africa, a season in Montana and various seasons traveling the world with my flight attendant mother and vagabond father. I was raised on a nature reserve at the most southern point of South Africa and in the mountains and open plains of Montana. Because of this early training in constant travel, I feel at home in most countries. That said, my home and community are in Missoula, Montana… where my boyfriend and I live in a short bus with solar power.

What do you love most about multi-day trips?

No matter how many times I guide a section of wilderness or river… every time I see it through the eyes of someone seeing it for the first time, I am reminded of the importance of sharing wild places. The more people who experience these places—the more people will fight to protect them! I constantly send gratitude to all my fellow adventure guides, park rangers, conservationists and the like… keep sharing the vision and doing something greater than yourself.

I love chopping up a plethora of vegetables with my river tribe while having excellent conversation & a little red wine. One of my friends once said, “Never add anything unless it sizzles.” That’s a great philosophy on life & I think about that every time I add garlic to hot oil. As a vegetarian, my favorite meals to prepare involve lots of vegetables.

Most important piece of equipment you take on every adventure?

Besides my knife, the answer is my didjeridu. Music is an international language, humanity’s common denominator. The didgeridoo is my skeleton key of choice. On the river I seek harmonically acoustic side canyons where I shall the story and sounds of the didgeridoo with my guests. It has also gotten me out of a tight spot more than once. A decade ago, I ran into money issues while traveling solo through Uruguay. With just a couple dollars left, I settled onto a cobblestone street in the old part of Colonia del Sacremento and started playing the didgeridoo. By the time darkness descended, I had made a few friends and earned enough money for a night at a youth hostel and some empanadas. It would not have been good if I stayed out on the streets that night, the didgeridoo literally saved my life. I have busked didjeridu on the streets of London, Paris, Cape Town, Buenos Aires, San Francisco, L.A. & Mexico.

My family made frequent trips to Australia throughout my childhood. I started studying Aboriginal anthropology and didjeridu sound theory in Australia in my teens. In 2007, I started an organization which continues to educate students around the world in didjeridu and aboriginal anthropology. For the past decade I have been volunteering and speaking at schools worldwide & over a period of two months, I was able visit and present to over 10,000 children in Southwestern India.

I bleed the Stones. For a good story on my raft, ask me about my first kiss & the time Keith Richards personal assistant took me on stage at a Rolling Stones concert when I was 19 years old. Indeed, I am that woman at the Rolling Stones concerts wearing the classic tongue and lips painted on my torso. Growing up in the bush, the only musical entertainment we had was an old CB radio. For many years I had only two cassette tapes: the soundtrack to Beauty and the Beast & The Rolling Stones’ Sticky Fingers. I have a passion for classic rock’n’roll, the blues that evolved in African-American communities of the Deep South & funky up beat “world music”.

I was caught in a flash flood in the deserts of Southern Namibia while guiding a multi-day on the Orange River Gorge. We almost died that night, but the most memorable moment was waking up in the morning and discovering fresh footprints in the mud of a leopard who had circled me and smelled my head while I was asleep.

When I was 17 years old I found out you could get paid to run whitewater. I started guiding when I was 18, and teaching whitewater kayaking and river guide school when I was 20. I’ve primarily guided rivers in Montana, Idaho, the Grand Canyon & Southern Africa on the Orange River Gorge. For the past two seasons I’ve been guiding sea kayaking expeditions in the most northern fjord on New Zealand’s south island’s remote west coast in the infamous weather systems of the Tasman Sea. I currently guide 6-7 expeditions a year in the Grand Canyon. My favorite rafting trips are paddle raft multi-days, as I love to see people work together as a team to get through the rapids. I think it adds a beautiful bonding element to the trip and my favorite rafting trip of all time is through the heart of the Grand Canyon on the Colorado River.

Lava Falls in the Grand Canyon. There is a lot of buildup for this rapid & miles of flat water leading up to it. I love training my team a few miles above Lava & knitting the fabric of family bonds once our paddle crew gets through. This rapid continues to teach us something new every time.

What would you like to do when you ‘grow up’?

For over a decade I have been the executive producer and host of an internationally broadcast adventure radio tires and podcast called, “The Trail Less Traveled.” I travel around th world in order to interview adventurers and storytellers in their natural habitat. The show is dedicated to documenting humanity by collection interviews from the most remote locations around the world. At an early age, I fell in love with the juxtapositions between cultures, music, food and weather of the northern and southern hemisphere. I started filming my adventures when I was 14 and started an adventure-travel talk show on college radio when I was 18. The show ran for five years before it was picked up by a larger station. It is my dream those those who listen to the show will become inspired to step away from their technology and explore this planet. It is my dream that those who listen will become better informed about other cultures and ways of life—in turn, hopefully more global gratitude and understanding.

My intention is to keep guiding until I am in my 70s & there are countless rivers on my list. My gaze most recently has been rafting in India as I would like to further explore the similarities between Yoga & running whitewater.

Tell us something people may not know about you?

I have three jobs, non of which feel like “work” and I am extremely passionate about each career path. I chase summer and guide in a new country each year and in addition to meeting a weekly deadline for my adventure radio series/podcast, every year I do an intensive study with one of my Ashtanga Yoga teachers and continue to take practice as I teach Ashtanga Yoga using the traditional method. 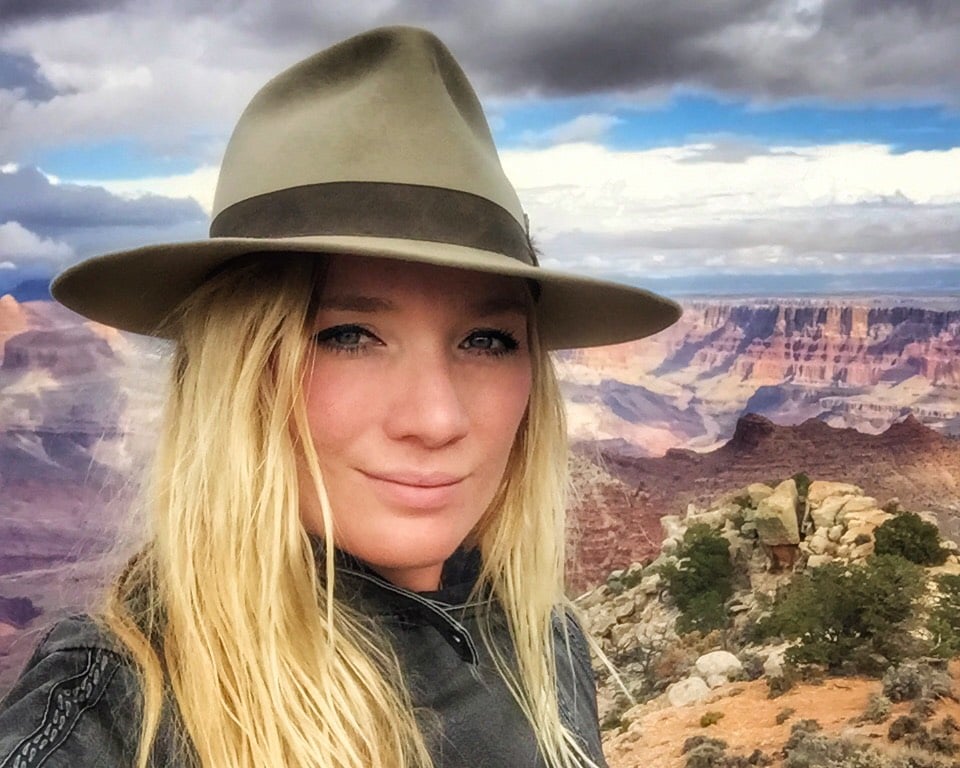